Originally built for Stephen Duncan and his Philadelphia bride, Margaretta Stiles, this is the most expensive single family home ever built in Carlisle and dates back to 1811. 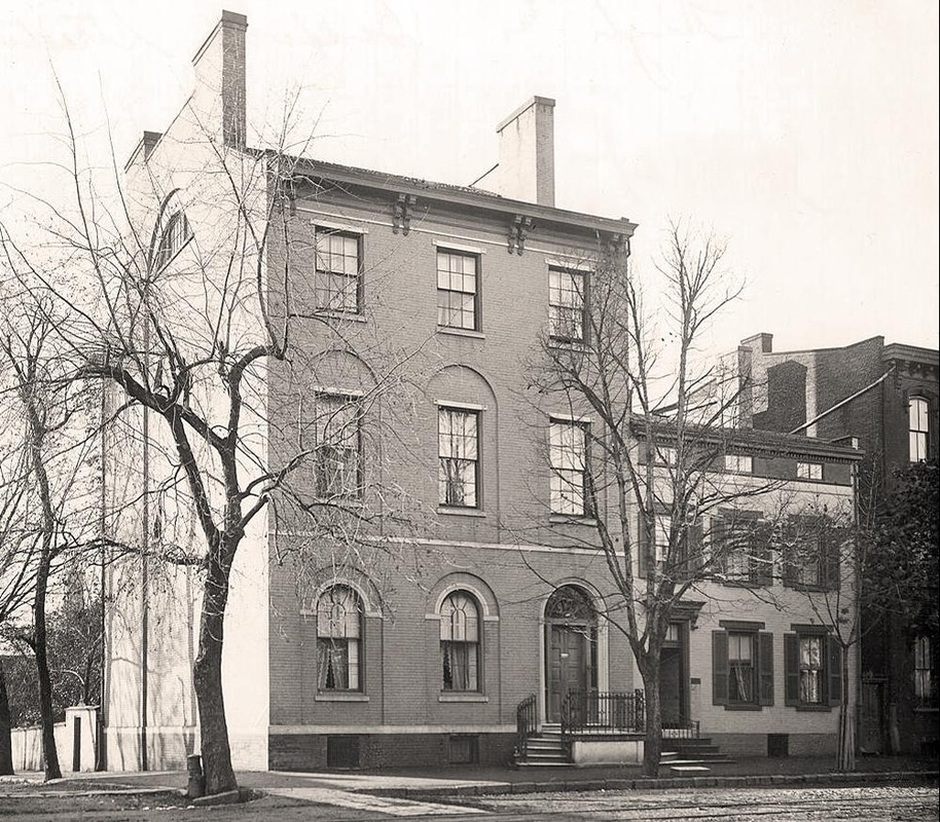 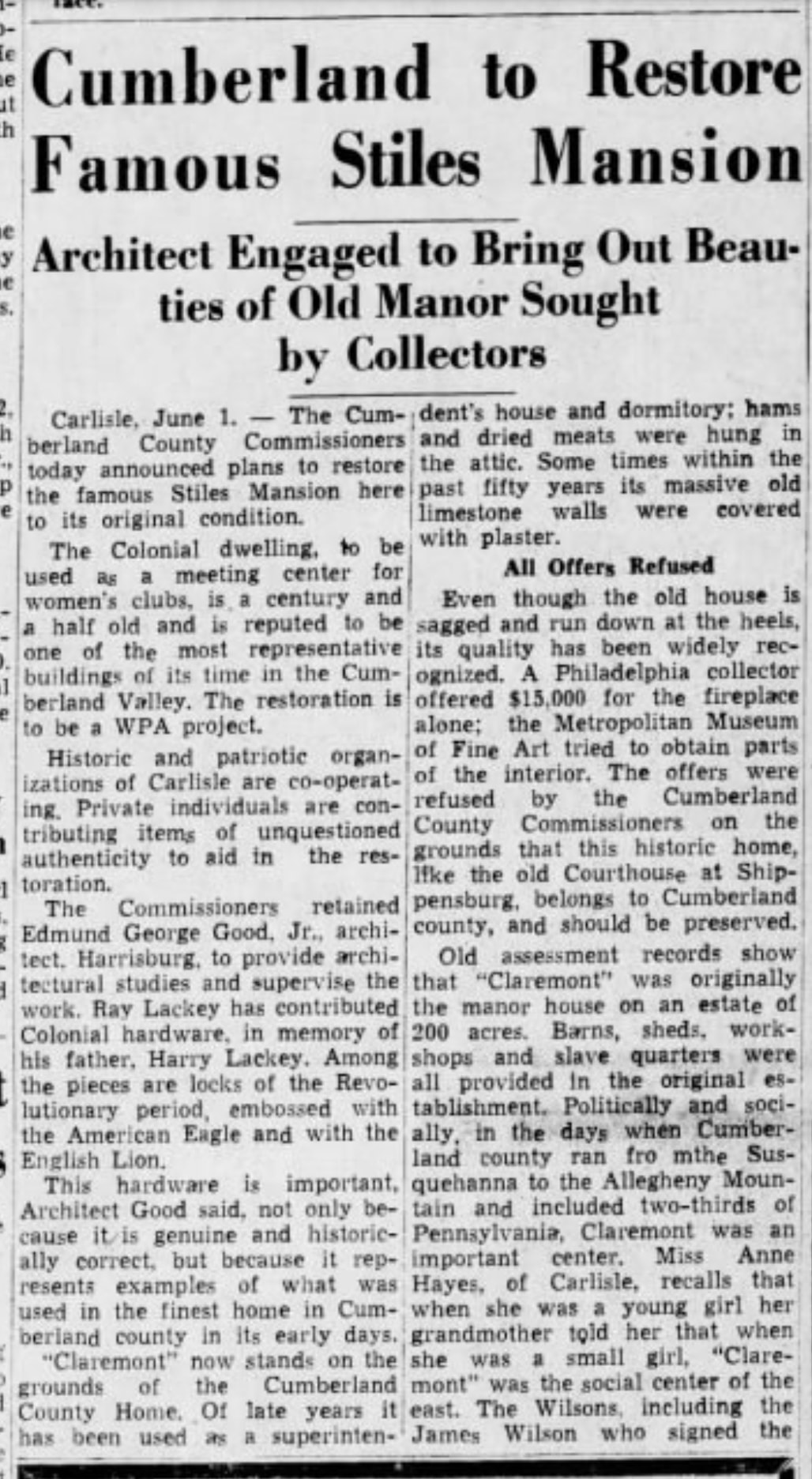 More or less interest has always centered about the stately home that is now owned and occupied by Hon. F. E. Beltzhoover. It is one of the most charming residences in Carlisle, and was erected in 1815 by Stephen Duncan, a son of Supreme Court Justice, Thomas Duncan. Mr. and Mrs. Duncan moved into their home before it was entirely finished, and upon the day when the marble for the front steps was delivered at the house, occurred the sudden and untimely death of the young wife. Mr. Duncan immediately sold the property to his brother-in-law, Benjamin Stiles, and sadly left Carlisle. Mr. Stiles moved into the house at once, and resided there with his family for twenty-four years.

The next purchaser of this interesting mansion was the Rev. John F. E. Thorn, and Episcopal clergyman, whose death left the property in the hands of his childless widow, a daughter of Judge Hamilton. Mrs. Thorn was a clever but eccentric woman, whose original sayings and doings are associated in the minds of people still living with the home in which she dwelt through the closing years of her life. Among local legends, we find that she was occupied in her old age in making quaint doll effigies of the celebrities of the day, or in painting their miniature portraits, and one of her expressed ambitions was to "see the devil just long enough to get his daguerreotype."

Her participation in social life was unique in the story of a town that prided itself upon its hospitality, her hours being early, her collations simple, and the music furnished by herself. One of her specialties was the singing of the Lord's Prayer with an accompaniment played on her spinet, which, it was said, "she played as if the keys were red hot." Upon one occasion in receiving her guests, she indicated the hour at which they were to leave by saying "I don't wish you to say that I close my house at eigh o'clock, for I will be glad to have you remain until half-past eight to-night."

One of the singular accidents of the war period occurred in Mrs. Thorn's drawing-room during the shelling of the town. A ball, having pierced the wall of the house, passed through a large mirror, cutting a hole in the glass with cleanest edges, and shattered the sofa on the opposite side of the room.